Rashaan would later add to his impressive catalog with the debut of the Kink, P.I. Series in 2015, starting with Obsession and following up with Deception and Reckoning. Drawing comparisons to Walter Mosely’s Easy Rawlins series, Kink, P.I. has developed into yet another best-selling series, carving its place as a “throwback to the days of classic mystery books” in the mystery genre.

Further adding to his impressive portfolio, Rashaan was a regular blogger for USA Today’s Happy Ever After blog, where readers could find him at his “Manly Musings” personal blog, reviewing books, television shows and movies from a man’s perspective. He has done recaps for various shows for the STARZ Network, including The Girlfriend Experience, POWER, and Survivor’s Remorse before the blog was retired in late 2018.

Rashaan has gone on in recent years to pen a series of bestselling novels, including In Service to the Senator, a sexy political thriller that has been called “heart-pounding” and “an edge-of-your-seat suspense” by several reviewers, The Devil’s All-American, a unique paranormal romance featuring a rising college basketball star, and Unthinkable, a not-so-conventional romance set in the entertainment industry. With his prolific writing prowess and openness on his social media platforms making him one of the more popular authors in the literary world, Rashaan has plans to be a mainstay for years to come.

Rashaan currently resides in suburban Atlanta with his wife and teenage daughter and is the proud parent of a son currently serving in the Armed Forces. You can find out more about him at http://www.ShakirRashaan.com

First, thank you for having me, I appreciate it. Now, I first knew when I was really young, like, five or six years old. I’d learned how to talk in long, drawn out sentences, and my grandfather and I had extended conversations a lot. One day I told him about a book I’d learned to read, and he wanted to know all about it, but instead of a book report-ish undertaking, he wanted me to retell the story my way. The bug hit, and it hasn’t gone away since.

What I love the most about writing is the creative process, drumming up new worlds, new characters, putting them in the craziest of situations to see how they get out of them.

What frustrates me most? The creation process LOL! There’s never enough time to create it all. I mean, there’s a lot rattling around up here in my head.

2) Can you tell us a little about your book(s) and where our readers can find out more about them and you?

Everything is at “home” … www.ShakirRashaan.com … you can find my books, how to purchase them from me directly, and all the other wonderful things that you might find out for yourself.

3) What projects are you currently working on?

I’m currently in the midst of creating another YA Paranormal Fantasy series for my new publisher, Entangled Teen. To say I’m excited about this project is not doing it justice. It’s all about a young man from my fictional African country having to deal with an otherworldly force within himself, but he hasn’t yet been introduced to what it is just yet. It’s a trilogy, and while the reported name of the series is public, we’ve had to change the title of the series and the titles of the books. 2022 is going to be a very exciting year.

I also have an installment of the Queens of the Castle series, and my installment is Queen of Kensington, about a billionaire chocolatier who has had to deal with consequences of her business decisions. That will be out later in 2021.

And finally, I have a novella coming out for an urban fiction series, also coming out later in 2021.

4) What has been your most significant achievement as a writer thus far? Where do you see yourself within your career in the next five years?

My most significant achievement was contributing to New York Times bestselling anthology, but I rarely talk about it because I was a contributor (it’s an ego thing LOL). As far as where I see myself within my career in the next five years, I expect to have several books in adaptation to either Netflix, Hulu, Prime, HBO, hell, the sky is always the limit, so, why not?

5) How have you dealt with rejection within your writing career?

I’ve only dealt with rejection once in my career, and that was Harlequin. I didn’t fit their parameters, and in hindsight, they were right. The type of romance I write compared to their brand; it wasn’t a good fit. My lesson from that was to ensure I researched the houses I wanted to pitch to, and I’d have a better chance of being picked up. Having been picked up by imprints of two major houses (Simon & Schuster, Macmillan), not many writers have that opportunity, and I still get to write under my own indie company, too? Yeah!

6) Do you have a schedule for when you write?  Do you outline your novels?  How long does it generally take you to finish a novel?

These days, I usually write immediately after work. It gives me a few hours before my Beloved gets off work to get some things done, including writing.

For sure I outline my novels, pantsing is not my thing, it irritates my soul to write off the top. I end up in more corners to write out of than anything.

When I wrote my first novel, it took me nine months to finish. Now, if I concentrate on my daily schedule, I can crank one out in 60 days, 90 if I take my time.

7) Do you believe that there is ever a point in life where it’s too late for an aspiring writer to become successful in this industry?  Do you feel a late start would hinder their chances?

Absolutely not! I didn’t get started until my mid-thirties, and I know some successful authors who got started after they retired from their primary occupations, sometime in their early sixties. It’s never too late to pick up a pen.

8) Are you an avid reader and have you always been? What’s the first book you ever read that really touched you emotionally and moved you?  Who is your favorite author? What book are you currently reading?

I’m an avid reader first, if and when I can sit down with a good book, I do it with every bit of quickness, cigar and bourbon in hand.

First book I ever read that moved me emotionally was Invisible Man by Ralph Ellison. I could relate, although the reasons the MC was invisible to society at large and how I felt while in high school were two different things.

My favorite authors (I don’t have a top person) are too many to count, but Eric Jerome Dickey (rest in Paradise, brother), E. Lynn Harris (RIP, brother), Walter Mosley are my personal holy trinity. They are the reasons I picked up a pen in the first place, and I’m happy to say the first two I was able to meet and vibe with in person before they stepped behind the veil, and I’m hopeful to have the chance to meet the third before too long, too.

The book I’m currently reading is the first book in the Crave series by Tracy Wolff. I needed a binge read, and she definitely fits the bill!

9) How has the current state of the world affected your writing? Because writing is an isolated practice, do you find it easier to deal with quarantine? Has it stifled your creativity or has it made you even more driven to get things done?

Honestly, it hasn’t affected me writing wise, but thankfully I have been blessed to be in a position to work from home, which gives me the ability to write more, so I try not to take that for granted. If anything, it has made things a bit more interesting to figure out creative lanes and genres to write in and play with.

10) What are your thoughts about how the publishing industry as it is being represented today? Do you lean more towards traditional publishing or self-publishing as a preference? Does being a hybrid author interest you?

Honestly speaking, the industry is still skewed along racial lines, as sad as that is to say. There are some out there who are trying to change that (including my current publisher), but it is still hard to find a way to get more eyes on BIPOC authors.

I actually am a hybrid author, have been since I was picked up by Simon & Schuster. It’s a flexibility that I love. I can write my passion projects without consequence, and I can write the projects for my publishers to make the bigger money. It’s a win-win.

11) I feel like writing is a remarkable tool to help people not only express themselves, but also to cope emotionally and mentally.  I know for me I write to be and feel more authentic. What unique quality is there about you, about your art, that you feel represents your authenticity?  How does writing help you to be more empowered in your purpose?

With the type of life I live, a lot of my projects are a reflection of that, so I understand the need to feel more authentic. My leading men are different shards of the mirror that is my persona, the essence of who I am as a man, and where I have been and where I hope to be before I step behind the veil.

I wouldn’t say that it’s more empowering for me, but it is empowering for anyone who has a voice and wants to use it. That is the beauty of art in general, and the written word in specific. 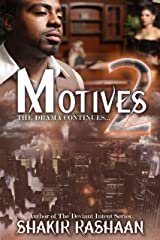 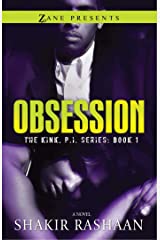 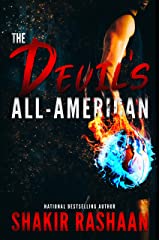