Jeff Musillo is a writer, visual artist, actor, and director. He is the author of The Ease of Access (2013) Can you See That Sound (The Operating System, 2014) Snapshot Americana (Roundfire Books, 2014) and The Eternal Echo (Strawberry Books, 2016). His paintings have been exhibited in the George Billis Gallery, Lumiere, the Cutting Room, the Greenpoint Gallery, and elsewhere, and have been showcased in magazines in both the U.S. and Europe, including The Menteur in France, Arrow Magazine, and Aesthetics Magazine. His paintings were also in the feature film, In Case of Emergency. His work in film, as a screenwriter, director, and actor, has premiered at The Hoboken International Film Festival, The Jersey Shore Film Festival, and The Katra Film Series. His screenplay, In The Ring, is currently in pre-production and will be directed by Aaron Latham, who wrote Urban Cowboy and The Program. And he was recently cast in the HULU Pilot, Holiday Shelter. He currently resides in Brooklyn, New York.

1.)  When did you know that writing is what you were called to do? What is it about being a writer that you love the most?

I remember writing a comic book when I was around seven or so. It was called Lightening Man. But that was me as a kid just messing around. Even so, I knew even back then that there was something about making stories that felt right. I started writing poems and short stories and even rap songs at the age of twelve, and I’ve been writing ever since. It’s been a solid eighteen years at this point. Writing always just made sense to me and it has always been a reliable friend, in a way. There’s never any judgement. The pen and paper always allows me to go wherever I like, and that’s always meant the most to me.

2.)  Can you tell us a little about your books and where our readers can find out more about them and you? What projects are you currently working on?

I’m lucky to have a few books out now. I have my first novel, The Ease of Access, which is about a male prostitute hired to service a reality TV star. That was published thanks to an independent financier putting it through Authorhouse. Then there’s a poetry chapbook called, Can You See That Sound, published by The Operating System. A short narrative non-fiction, Snapshot Americana, published by Roundfire Books. And my latest novel, The Eternal Echo, was recently published by Strawberry Books. The Eternal Echo is a horror story, equal parts literary and horror about Doctor David Ravensdale, a madman who conducts an unusual experiment. He adopts a baby boy (known only as “The Subject”) and raises the child from infancy to adulthood, strictly by use of technology.

3.)  What has been your most significant achievement as a writer thus far? How have you dealt with rejection within your writing career?

Rejection is something that everyone has to deal with it in life. There’s a certain beauty in that, seeing as it’s something that can create a common bond with people. And rejection is definitely influential. For starters, it can be motivational. It can create that feeling of: I don’t like this. I don’t like being rejected. I’m going to move forward and do what I can do not experience this feeling, or at least try my best to not experience it. Secondly, in my experience, I used rejection for a major story and character-developing device in my latest novel. So it can also help in that way too.

4.)  Do you have a schedule for when you write? Do you outline your novels? How long does it generally take you to finish a novel?

I never schedule out my writing. I do jot down little notes here and there, but I don’t make solid outlines. I almost always have a notebook on me, so if the desire or an idea hits I can work on it right away. I enjoy the spontaneity. I think it keeps the writing fresh. I do the same whether it’s a poem, short story, or a novel. But if I’m working on a novel, which will of course be more of an extended process, I’ll leave a note for myself at the end of a writing session telling me where I should go with my next writing session.

5.)  Where do you see yourself within your career in the next five years?

In five years I’ll be wondering where I’ll be the following five years.

6.)  Do you believe that there is ever a point in life where it’s too late for an aspiring writer to become successful in this industry? Do you feel a late start would hinder their chances?

Success depends on the individual. I don’t believe most writers start writing in order to become successful in the literary industry. It’s an incredible bonus when that happens, and that success is certainly something to strive for, but it isn’t, or shouldn’t be, the reason someone puts the pen to paper. A storyteller writes because they have no other choice. It’s in them. And if someone doesn’t start writing until they’re fifty or sixty or seventy, well, that’s great too. To start writing later in life, I think, means a person was waiting for the right moment, for the best moment where everything comes together in order to properly tell their story. Plus, an older writer always has more life experience to utilize, which is special.

The moment I read Hell’s Angels by Hunter S. Thompson I thought, “This is amazing. This guy not only writes, and writes tremendously well, but he has fun while doing so.” I didn’t know that was possible until I read that book. That’s what put me in motion, made me realize that I wanted writing to be my life and not just a hobby.

I’m currently reading Geek Love by Katherine Dunn. I’m about a third of the way through and it’s really interesting so far. She’s awesome at character development and making sure that each of her characters are very authentic, without fear of making one or more of them unpleasant, which is something I always admire.

8.)  So many writers say that they hate reading their own work? Do you ever just sit down and curl up with your own book?

I’ve never curled up to enjoy a book of mine. I don’t think I could. I’m too close to it. I know too much about the process of making it, so it would be difficult to sit down just as a reader. I have picked up my books every now and then and briefly glanced through the pages, almost as if I’m checking to see if the words are still there.

9.)  What are your thoughts about how the publishing industry is drastically changing? Are you more of an e-book person or a traditional book person?

I’m not as worried about the techniques of the publishing industry as I am about the actual readers. I’m a traditional book person. I fit the cliché of someone who loves to hold a book in their hands. But I also appreciate the advantages of digital publishing — get it to the people faster and cheaper. But again, it’s the actual readers that worry me a bit. I read a statistic recently that showed a very low percentage of people that read a single book in 2015, which, if true, is not only sad for literature but also sad for people in general, given that reading, both fiction and non-fiction, seems to have neurological benefits. For instance, it’s been said that reading can expand attention spans. And I believe with a better attention span one has the ability to listen to others in a more enhanced and dedicated way, and with that comes better comprehension of another person with regard to their likes and dislikes, which can perhaps lead to a more even-tempered and courteous reality. So, it doesn’t matter to me whether it’s an e-book or an actual physical copy, just as long as stories are being read.

10.)  I feel like so many of us writers, us artists in general, are made to conform to other people’s idea of what we should be. I think we creative types should be unafraid to be whoever it is that we feel we have the right to be. So what is your write 2 be? What unique quality is there about you, about your art, that you feel represents your authenticity?

That’s a good question. A tricky one. I’m not sure if I can answer that in a coherent way. I suppose the one thing that works for me is that I don’t worry about what other people will or might think when I’m in the actual process of writing or making a painting. Naturally, I worry when a story is published and might be read by others. But, before that happens, when I’m actually writing, all I think about are the words and where the story wants to take itself. 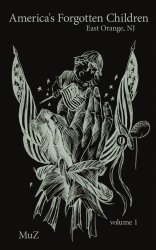